Family businesses carry their history with them as their past lives on in their present and future decision-making, values, and identity.

Family businesses carry their history with them as their past lives on in their present and future decision-making, values, and identity.

Today, many family businesses have learned how to leverage the power of their narratives: history unfolds a compelling force that brings it from light-footed “storytelling” into the hard world of reality. Over the years, these narratives solidify and often move away from historical truth, intentionally or not. In the end, reality often differs from what is presented by the company or within the entrepreneurial family.

And yet, there exists the expectation of historical authenticity, which – if undermined – can lead to public accusations ranging from lack of transparency to cover-up. Carelessness in storytelling can have devastating consequences, most notably reputational damage.

The case for historical professionalism

At a scientific level, historical professionalism is important in very tangible ways that we’re only coming to understand now. As a component of management studies, researchers are investigating the qualities that define effective historical narratives so that other business owners can communicate them adequately and use them to determine their trajectory. This research is a worthwhile undertaking, but one fraught with the fact that business narratives are often part historical fiction. But why should it make a difference whether the narrative is historically correct or not? If the narrative can be used to convey messages and form identities, one could argue that the narrative fulfills its purpose regardless of its veracity.

However, I would like to put forward a counter-argument and show that these historical deviations from the truth can have fatal consequences for management – especially when it comes to frequently suppressed topics.

As an example of how family business narratives tend to gloss over history, many companies in post-war Germany have described their involvement in the Nazi dictatorship as obligatory: they had to take forced laborers and were almost part of the resistance. However, it has been shown that most entrepreneurs took advantage of the economic upswing associated with the National Socialists, profited directly or indirectly from the exploitation of Jewish competition, and that their supposed resistance was at best a political inner distance.

Since the actors knew this discrepancy between reality and narrative, a multi-layered grey area of inconsistencies, contradictions, and ignorance resulted in a decades-long silence. Empirical values, the basis of civilizational progress, do not work this way. And we can observe that this lack of communication — these blind spots and ignorance — led to questions inside and outside the companies in question. Over time, these questions turned into mistrust and accusations.

The consequences of contradicting storylines for a family enterprise

Take this fifth-generation German family business as an example. The patriarch was entangled in the Nazi system and made highly successful through the German economic miracle of the 1930s. However, the patriarch’s involvement was largely concealed and not discussed in the family or company. As a result, subsequent generations are increasingly at odds over the interpretation of the patriarch’s actions through these dark times. Their dispute escalates to such an extent that two of the four family branches are considering selling their company shares, which could mean the end of the family business.

Ignorance prevents the ability to discuss and work through things while creating a prevailing sense of uncertainty. In addition to such conflicts in the entrepreneurial family, false narratives or complete silence around historical facts can trigger a burdened working atmosphere. If the employees feel they cannot talk openly and must censor themselves, they might reproduce this pattern of behavior in other places, which could precipitate a complete failure of error culture with all the associated consequences.

So, what do you do if you aren’t happy with your history and are compelled by the urge to forget or fabricate?

The path to a truthful family business history

All experience shows that the open and critical approach to history pays off, but only if that critique leads to profound self-reflection and change; the facts alone do not help.

Historical science offers contextualization; professional history not only shows what an entrepreneur or a company did but also explains why, which makes all the difference. This self-realization builds trust with family members, employees, and the public as they begin to understand how decisions were made and where the actors had room to maneuver.

Of course, such an investigation can also show that an entrepreneur, an entrepreneurial family, or a company has actively or even aggressively profited from an unjust state, participated in crimes, or directly supported a bigoted system. Even in this case, however, an open approach is the better solution. If a company is self-critical of its past, however unjust, it can at least show that it has learned from its history.

Moreover, the dark chapters of history can, at the same time, provide the most impactful lessons. How companies behave under challenging circumstances, regardless of whether they behave well, helps inform future decisions.

The glorification of history might make for a good story, but the critical examination of one’s past makes for a more forward-looking business. Taking responsibility is the only way to address a difficult history.

Dr. Andrea Schneider-Braunberger serves as CEO of Gesellschaft für Unternehmensgeschichte GUG (German Association of Business History) since 1996. GUG – located in Frankfurt, Germany – acts as a platform for connecting academia and business in the field of business history by offering workshops, congresses, journals and research as well as the creation of modern company archives. In addition, she has also been president of the European Business History Association (EBHA), serves currently as a member of the board of trustees of the Historical Museum of Frankfurt and of the Long Run Initiative.

Dr. Schneider has accompanied more than 100 research projects in her capacity at GUG and helped creating a significant number of corporate archives. She is also author of numerous books in the field, mostly in the field of banking history and family firms. Her recent research interest focuses on the uses of the past in family firms and their resilience, especially in times of crises. 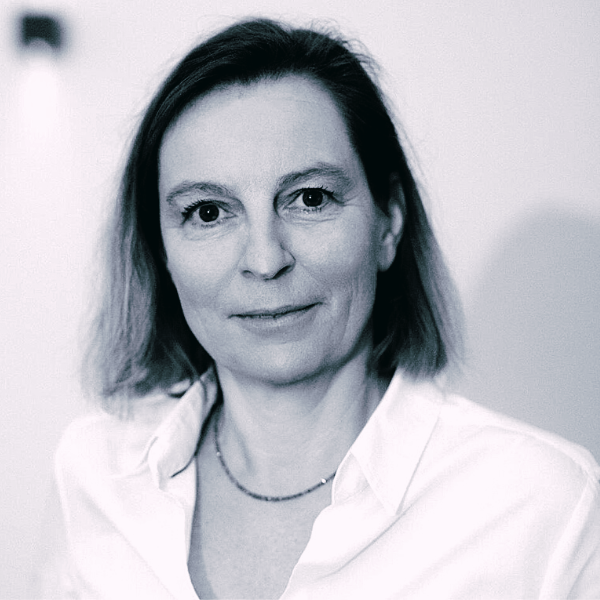